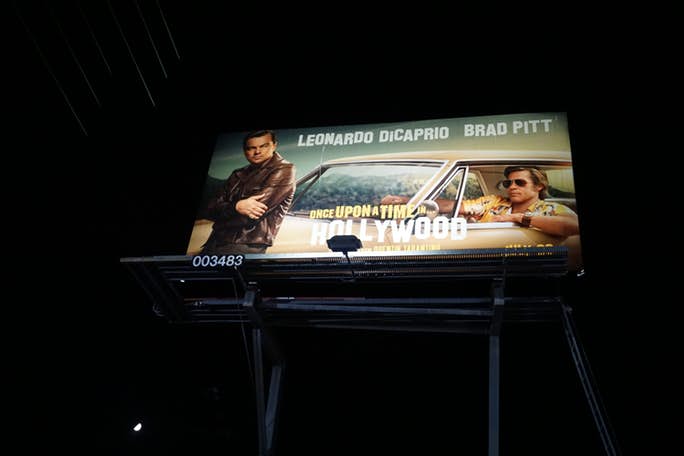 As other viewers of Quentin Tarantino’s ninth film ‘Once Upon a Time…In Hollywood’ laughed at Leonardo DiCaprio’s ‘the only good Indian is a dead Indian’ refrain, Nancy Marie Mithlo, Chiricahua Apache, cringed

My day job is as an American Indian Studies professor at a major university. Actually, like many educators, it is my day and night job. The luxury and the burden of being an academic is that you get to think about complex and weighty ideas ALL THE TIME. That is why I particularly relish going to the movies. I want complete immersion—to be fully entranced, to luxuriate in a space, place and time frame that is totally unique. I want the fantasy. Often, I need the fantasy.

Quentin Tarantino’s ninth film ‘Once Upon a Time…In Hollywood’ promised to be all that. And in many, if not most ways, it delivers. Described by critics as his ode to Los Angeles, the film conveys the textured, layered and vibrant world of 1969 that I knew as a child. The radio jingles, the go-go boots, the television shows and the hippies, evoked all the sensations I recalled from my youth. It was complete nostalgia. 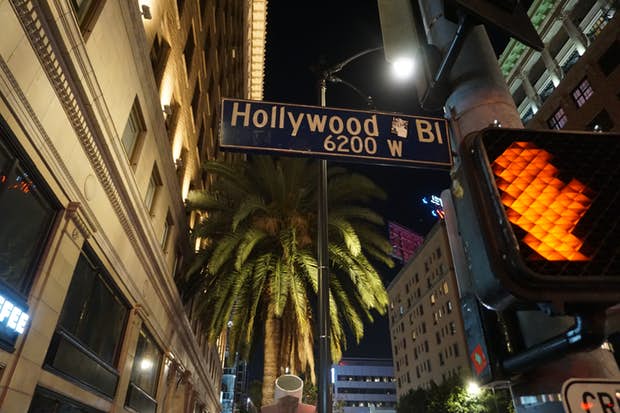 Pictured: Hollywood Boulevard. Quentin Tarantino’s ninth film ‘Once Upon a Time…In Hollywood’ is described by critics as his ode to 1960s Los Angeles.(Photo: Nancy Marie Mithlo)

During the screening in a fully sold out theater on LA’s Sunset Boulevard, I was enthralled with Tarantino’s latest, and so was the packed house. But then, out of nowhere (and this happens a lot) as DiCaprio’s zealous bounty hunter character rides the dusty streets in a classic black and white Western, you hear the narrator’s voice echo the refrain, “the only good Indian is a dead Indian.” As the audience laughed, I cringed. So much for my escape from the “real” world.

Let me be clear, this is not a critique of Tarantino; I think the guy is genius, even if often off-tune in matters of race and gender. It is even rumored that he is of Cherokee descent, (something to give one pause). So, where to locate the cause of my angst? Perhaps I am mad at the audience and their ignorance. Yes, Bruce Lee takes a hit in the film as do the actors who play car lot attendants from Mexico, and yes, the Sharon Tate character does not get many lines. But in those cases of diminishment, the audience is not asked to find humor in the extermination of a race.

The phrase “the only good Indian is a dead Indian,” has its origins in the mass-extermination of Indigenous peoples of the American West in the mid-1800s, notably the inhumane slaughter of hundreds, if not thousands of Native people who were at peace with the United States under treaty. These horrific war crimes are so far removed from our collective understanding of American history that a type of amnesia is at play. I call this oversight “willful ignorance.”

Was it historically accurate to have a Western character in a 1960s drama use racist language? Yes, of course this type of racial slur was common, so why object to its inclusion in a period piece?

The researcher in me knows that the audience has no conception of American Indian people as real, has no way of relating to “Indians” as contemporaneous people, but thinks of Native folks as simply objects of cultural fantasy. I know this because a fellow professor and I recently completed a study that demonstrates this objectification of American Indians with a Los Angeles survey population.

In short, our findings demonstrate the inability of viewers to consider American Indians as anything but objects; basically, props in an often-elaborate fantasy world populated by fictional “chiefs” and “princesses.” Our conclusions are in concert with related psychological research on implicit bias demonstrating how Native people are considered equivalent to sports mascots and both are disparaged.

It is well-known that bias enacted against one racial or cultural group leads to biasagainst other groups. Our collective tolerance for incitement of violence is starkly evident in the rising numbers of mass-shootings on innocent citizens in the U.S., and should serve as a dark reminder of its original use against American Indians. Both kinds of mass-shootings were similarly motivated by white supremacist ideologies.

“The only good Indian is a dead Indian” is an American proverb with roots in the genocidal policies of the U.S. government. The salience of this proverb today is ever present as we struggle to recognize basic human rights globally.

While the fantasy of escape from our current crisis of racial, cultural and political intolerance is intoxicating, the truth of our discord and dysfunction is inescapable. Maybe this is what Tarantino wants us to understand — that the violence enacted in the creation of this nation is ever-present and waiting to explode. Perhaps his tenth and supposed final film could address just this — America’s origins as premised in the annihilation of its Indigenous peoples.

Nancy Marie Mithlo, Ph.D. (Chiricahua Apache) is a Professor of Gender Studies and an Affiliated Faculty with the American Indian Studies Center at University of California Los Angeles. A volume of her collected essays titled Knowing Native Arts will be published with the University of Nebraska Press, Fall 2020.