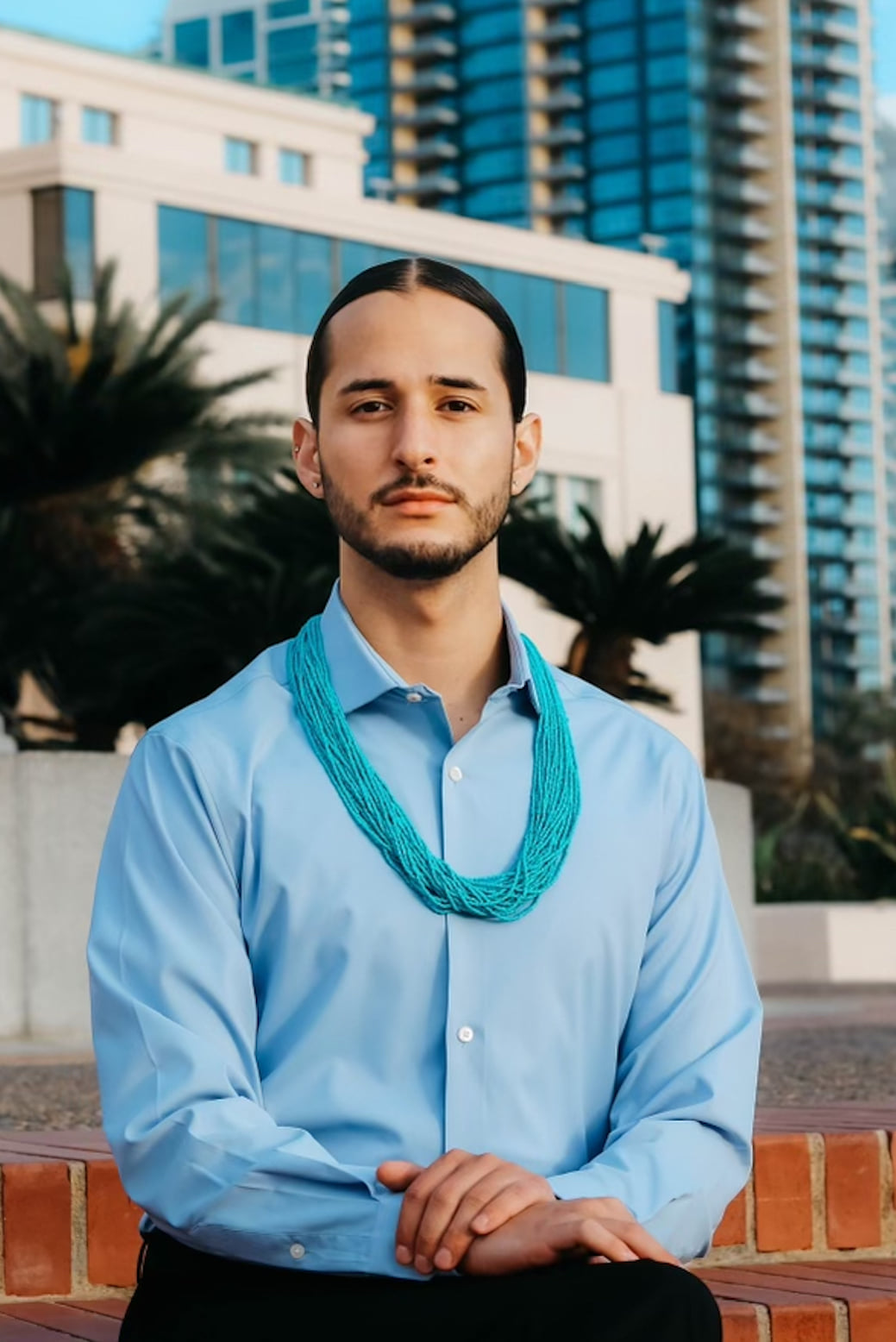 Jesse Meswiir Johnson is Kumeyaay from the San Pasqual Reservation and currently a fourth-year student at UCLA majoring in human biology and society. During his time at UCLA, he has served as one of the chairpersons for the American Indian Student Association (AISA) as well as one of the Pow Wow Coordinators. He found it a pleasure to serve his community in these two roles. In addition to working with AISA, he currently holds the DiverSWC director position, which promotes diversity in the Student Wellness Commission and in the student government. Jesse was one of the first Native student to run for student government at UCLA, working to establish visibility for our students, who represent less than 1% of the student population on campus. With the experience he has gained in his community and at UCLA, he hopes to pursue a career in nursing and become one of the few Indigenous fellows in the medical field. It is very important to him to increase representation and inclusion for the greater Indian Country. “Thank you all and keep pushing forward, family!”

“Never hide who you are! Be heard. Be you. Be Indigenous.”