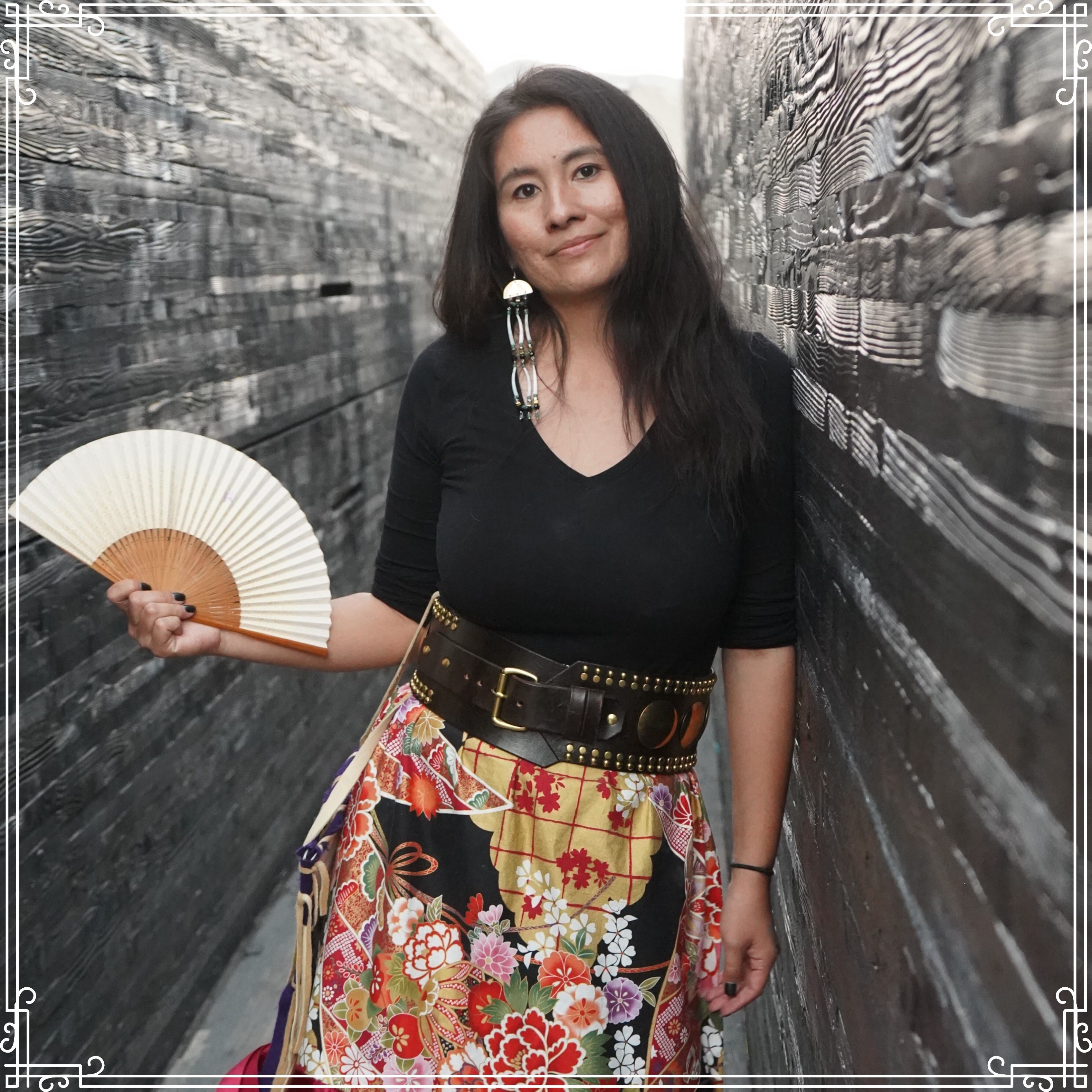 This November we are highlighting Native Bruin Viki Eagle, a third-year PhD student in the  Department of Anthropology, from the Sicangu Lakota Nation.

Viki Eagle identifies as Sicangu Lakota and half Japanese, from the Cheyenne, Arapaho, and Ute lands known as Denver, CO. Her current sub-fields are in Sociocultural Anthropology and in the American Indian Studies department. Viki’s career passions in education have been helping and aiding the success of Native American Students to access and obtain higher education degrees. Her first full-time job was at UCLA in Undergraduate Admissions working as the Native American Recruiter. During that time she developed a deeper passion for strategic planning to create programs and support structures for Native American students once they get to college. After working for UCLA she spent three years full time as the Director of Native American Community Partnerships and Programs at the University of Denver. She worked directly with Native American students doing programming, recruitment, and creating new access programs, and tripling Native American enrollment by the end of her term.

Outside of Viki’s Educational Career, she has spent a decade photographing her life as a contemporary Native American photographer with her life project called “Real Life Indian” which is rooted in a community-based approach. Her artistic style is photojournalism and portraits. Her current PhD work is focused on photographing Native American heavy metal bands in a genre called “Rez Metal” from the Southwest Four Corners. She was recently awarded the Wenner Gren Dissertation Fieldwork Grant to continue and complete her study of Rez Metal as an Indigenous sonic resistance rooted in the community. Her project speaks to Gen Xers, Millennial and Gen Z Native youth and their passion for heavy metal music and the arts.

“ As someone who moved to LA, I would like to thank the Gabrielino Tongva and the Fernandeño Tataviam Band of Mission Indians for being so welcoming and generous during my time at UCLA. I value how their generosity and giving for Native students attending UCLA grows and manifests to help the larger Indian Country.”