Skip to content
Home Events Hawai’i Is My Haven: Race and Indigeneity in the Black Pacific 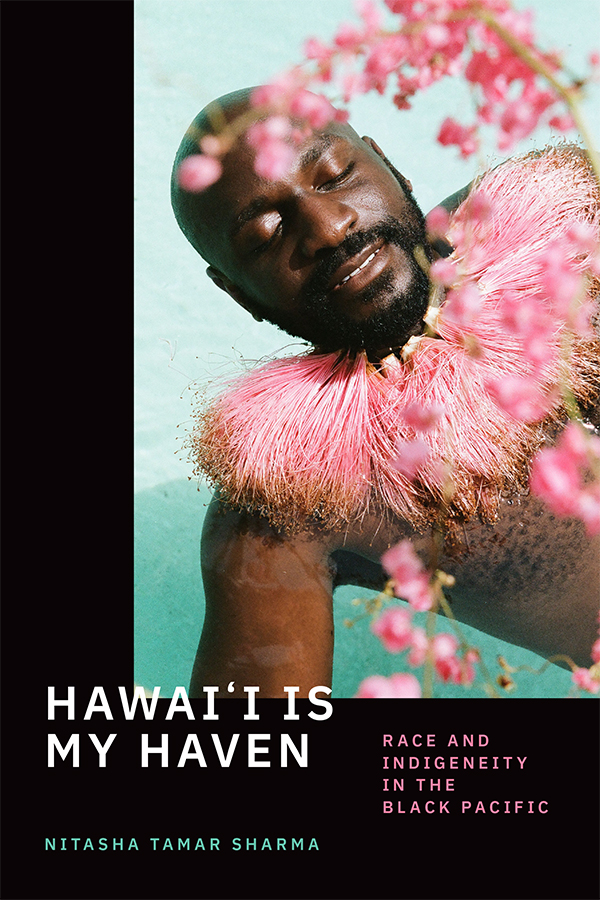 Hawai’i Is My Haven: Race and Indigeneity in the Black Pacific

In this Zoom Q&A session, author Nitasha Tamar Sharma will engage in conversation with Prof. Evyn Lê Espiritu Gandhi (Asian American Studies) and Prof. Kyle Mays (African American Studies, American Indian Studies, and History) about her new book, Hawai’i Is My Haven: Race and Indigeneity in the Black Pacific (Duke UP, 2021). Hawaiʻi Is My Haven maps the context and contours of Black life in the Hawaiian Islands. This ethnography emerges from a decade of fieldwork with both Hawaiʻi-raised Black locals and Black transplants who moved to the Islands from North America, Africa, and the Caribbean. Sharma highlights the paradox of Hawaiʻi as a multiracial paradise and site of unacknowledged antiBlack racism. While Black culture is ubiquitous here, African-descended people seem invisible. In this formerly sovereign nation structured neither by the US Black/White binary nor the one-drop rule, nonWhite multiracials, including Black Hawaiians and Black Koreans, illustrate the coarticulation and limits of race and the native/settler divide. Despite erasure and racism, nonmilitary Black residents consider Hawaiʻi their haven, describing it as a place to “breathe” that offers the possibility of becoming local. Sharma’s analysis of race, indigeneity, and Asian settler colonialism shifts North American debates in Black and Native studies to the Black Pacific. Hawaiʻi Is My Haven illustrates what the Pacific offers members of the African diaspora and how they in turn illuminate race and racism in “paradise.”