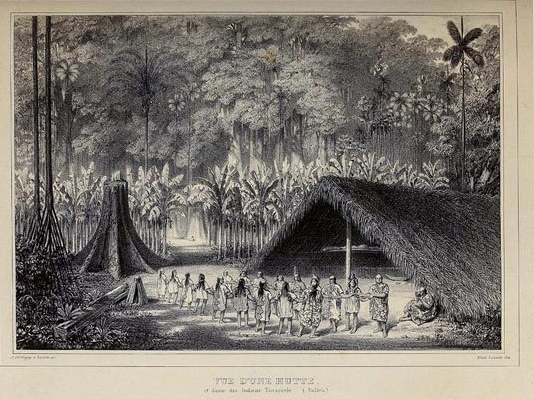 Stella Nair, associate professor of art history and core faculty member of the Cotsen Institute, is co-organizer of “The Forgotten Canopy: Ecology, Ephemeral Architecture, and Imperialism in the Circum-Caribbean and Trans-Atlantic World,” together with Paul Niell of Florida State University. This project comprises three conferences at the William Andrews Clark Memorial Library, which is affiliated with UCLA, and three Native American community-based workshops to be held in southern California throughout 2022–2023.

The conferences will draw scholars from across the world to study the intricate relationships between colonialism, ecologies, and building practices in the early modern world. The series is part of the Core Foundation Program of the Center for 17th and 18th Century Studies at UCLA and the Clark Library, which will also provide research and financial opportunities for graduate students.

The workshops, which accompany the conference, have received a $25,000 grant from the Terra Foundation for American Art and aim to share and amplify the critical contributions of Native Americans and Black Americans to the architecture of the Americas. The workshops are being organized together with Shannon Speed, associate professor of gender studies and anthropology and director of the American Indian Studies Center at UCLA. Speed is a tribal citizen of the Chickasaw Nation of Oklahoma.